This city has been on my radar for quite a few years and many friends have called it their favorite. Known for its award-winning food and beach vibes, I was actually taken aback by how small the city is (compared to what I had in mind). I walked everywhere- granted that meant an average of 7.5mi per day- and enjoyed my long weekend despite heavy rain every. single. day. 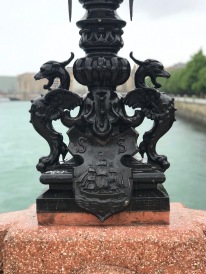 Northern Spain is known for rain and Basque Country is no exception! Most people wore cool matte, thigh-length rain jackets (added to my shopping list, these people know what they’re doing) and museums/attractions provided umbrella holders with a lock and key. I visited in late May. I heard it rains 350 days per year…

I traveled to D-SS with my grandparents. We arrived by train on Friday afternoon and after we dropped off our luggage it was lunchtime. Note: the train station and bus station are located right on top of each other and are walking distance (about 15 mins) to the city center which is convenient!

Cafe Botanika had a great menu del dia: three courses including a bowl of pumpkin soup, vegetarian tagine then carrot cake for 12euros. This veg spot has a cool garden + vibe and drew us back for coffees and sweets on day two as well. After lunch head across the bridge to check out the Tabakalera Culture Center for a trendy (free!) take on city culture and excellent 5th-floor views.

The beach had to be next…despite the wind and the rain. Walking along La Concha without a crowd save a few brave women swimming felt strange since I’ve seen only seen photos of crowds on sunny days. 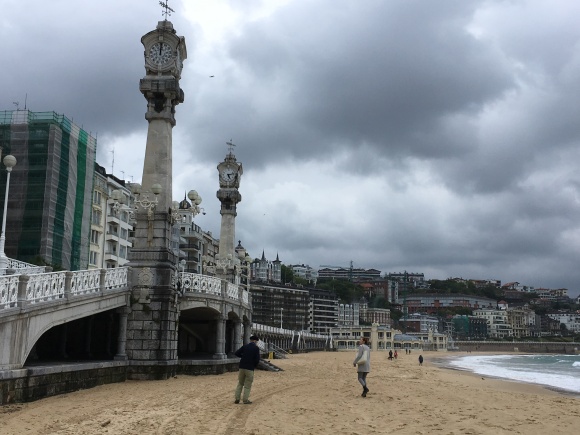 I learned that the Zurriola surf (and city) beach might be more my style. The neighborhood near it also boasts regentrified hipster finds such as Sakona Coffee Roasters (combine the avocado + salmon toast and follow with a cortado). Mapa Verde vegetarian also came highly recommended but I didn’t have a chance to go this time.

So, FOOD. A city known for its culinary mastery, seafood takes the cake and sits well with slightly sparkling Txakolí or Verdejo (my pick) wine. Try squid, crab and hake anywhere on Calle 31 Agosto. Order from the blackboard, not from the counter.

The place the blew me away was actually further from the famed spots in the center. Chutney Gastrobar makes my top 10 global list. I will be back to D-SS because I must eat there again! These guys know what they are doing! They are friendly and adjust for vegetarians. The food is eclectic, intelligent and fairly priced. I felt both at home and in awe of every. single. dish. 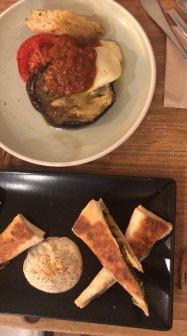 Apart from a walking tour and tapas tour 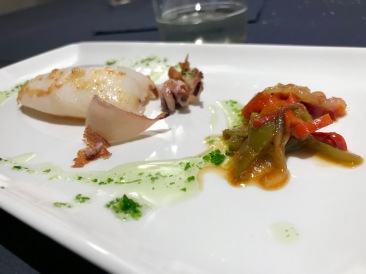 (arranged through the tourist office), it was an extremely rainy morning walk up Mount Urgull that really sold D-SS to me.

The paths were essentially little creeks, stairs waterfalls, and walking through soggy caves and crevices was creepy and exciting. No one could be found even at the top and the views of the ocean, beaches and city were really cool. It was super windy! You can explore the ruins of a fortress and walk amongst castles and graveyards until you eventually find yourself standing at the base of a giant statue of Jesus watching over the city. Don’t miss it. Might be different with crowds…

Running a blog takes a lot of time, money and effort. Become a Grace in the World patron by buying me a coffee or sponsoring a post! Click this link to donate to my travel fund. Your support is highly appreciated.

By Grace in the World

I hope that the experiences I record here could be of some use to those looking to travel and I welcome questions/comments/feedback. Thank you for reading my words. Bon voyage!